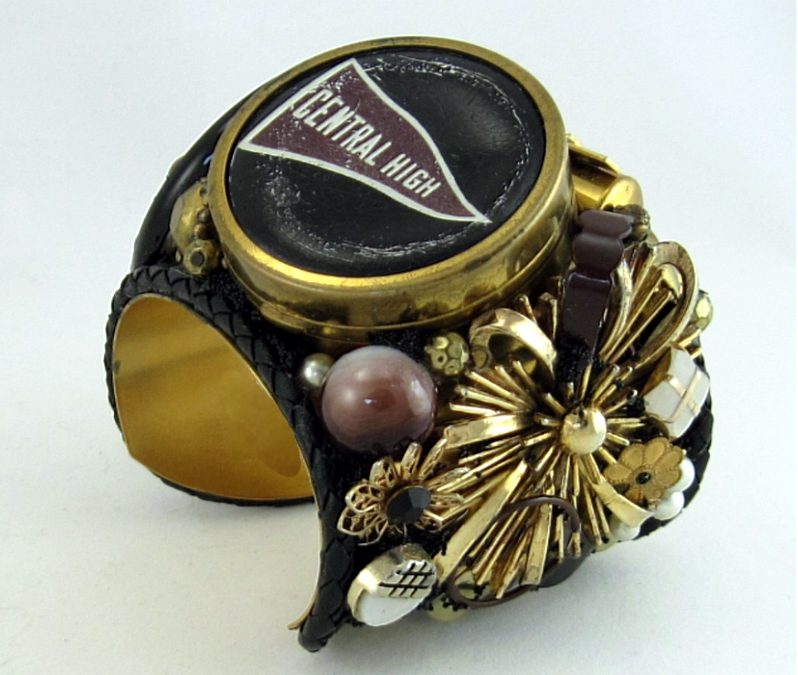 This whole story was created around a cool old compact…

The story goes: it was after WWII, when the “greatest generation” returned home to rebuild their American Dream, in a normal middle-sized town in the United States where teenagers attended Central High (and didn’t so many towns have a HS with that name?!); there was a normal girl whose name has been lost in time, but perhaps she’s someone you know…

She’d peer into the mirror in the lid and dab a little more cheek color on with the pad, another pad to apply powder, then whip out a retractable brush from its gold tube and blend to a flawless complexion (a little fairer than the golden look preferred today). Then, she’d tuck the leather topped compact and the golden brush tube back into her handbag….

Other items representing her life on this cuff: 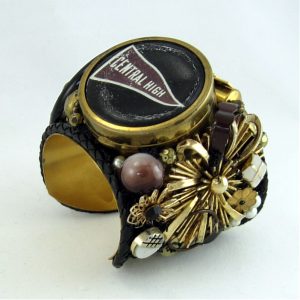 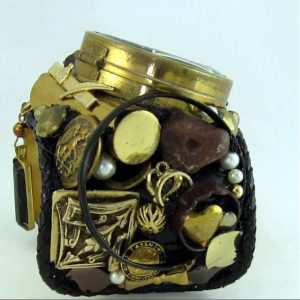 All the components tell the story of her life… and, thirty years of me collecting vintage components have gone into this piece… literally, there is nothing that could be found in a retail store today! 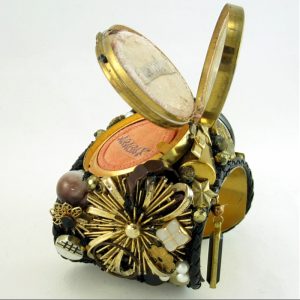 “LET ME TELL YOUR STORY”        I do public speaking presentations about my art that are intriguing, informative, entertaining, while offering a service to a group or individuals.